About John A. McCauley, PhD 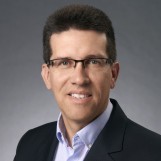 John A. McCauley joined Merck Research Laboratories, West Point, Pa., in 1998 and is currently a Senior Director in the Department of Medicinal Chemistry. Over the past 24 years, John and his group have been involved in the design and synthesis of fourteen compounds entering clinical development, including the combination therapy for the treatment of hepatitis C virus infection: ZEPATIER (elbasvir/grazoprevir), and HCV NS3/4a protease inhibitor VANIHEP (vaniprevir). John currently has responsibility for Infectious Disease and Neglected Tropical Disease programs. He has managed teams of up to 35 people including internal chemists as well as chemists at outsourcing vendors and CROs.

John has co-authored 48 publications, is a co-inventor on 63 issued patents and patent applications, and has given 42 invited lectures. John was awarded the Gordon E. Moore Medal from the Society of Chemical Industry, for Early Career Success in Innovation in 2015 and was recognized with an American Chemical Society Heroes of Chemistry Award in 2017 as part of the ZEPATIER team. John graduated from Swarthmore College in 1991 with honors in chemistry. He received a PhD in organic chemistry from the University of Pennsylvania in 1996, where he completed the total synthesis of rapamycin in the research group of Professor Amos B. Smith, III. Following graduate studies, John worked with Professor Yoshito Kishi at Harvard University as an NIH postdoctoral fellow and completed the total synthesis of pinnatoxin A.