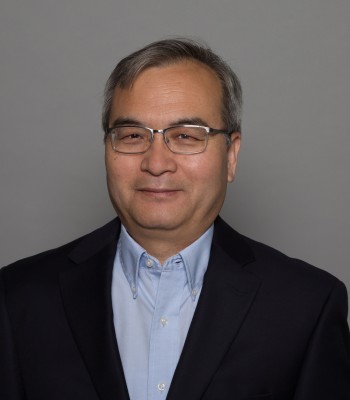 The Guo laboratory research is mainly focused on understanding the pathogenesis of HBV infection and discovering antiviral and immune modulating agents to treat chronic hepatitis B. It also has a long-term research effort toward understanding how interferons control virus infection and how viruses evade innate antiviral immune responses to colonize their hosts.

Chronic hepatitis B virus (HBV) infection affects more than 240 million people worldwide. Although there are 7 medications have been approved by US FDA for treatment of chronic hepatitis B and they are efficacious in suppressing HBV replication, reducing viral load and improving clinical manifestations, they rarely induce a sustained, off-drug control of HBV replication, HBsAg loss or seroconversion (a functional cure). The reasons are those medications, particularly HBV DNA polymerase inhibitors, fail to eliminate (or repress) cccDNA and restore a functional antiviral immune response against HBV. Accordingly, our HBV research program is to understand the molecular basis of cccDNA metabolism, transcription regulation and their modulation by host immune responses. The Guo lab’s ultimate goals are to therapeutically eliminate/repress cccDNA and restore an effective host immune response against HBV to cure the chronic HBV infection.

One of the major remaining mysteries about the pathogenesis of HBV is how the host immune system resolves the virus infection and eliminates the nuclear form of the viral genome, the covalently closed circular (ccc) DNA. Following entry of HBV into hepatocytes, the viral relaxed circular (rc) DNA genome is transported into the nucleus and converted into cccDNA with the help of cellular DNA repair machinery. CCC DNA associates with histones and assembles into episomal minichromosome, which is the transcriptional template for viral mRNA. Persistent HBV infection relies on stable maintenance and proper functioning of cccDNA. Thus, resolution of infection depends upon elimination and/or transcriptional suppression of cccDNA. The Guo lab’s current research is to investigate the molecular mechanism of cccDNA biosynthesis, maintenance, transcription regulation and their regulation by host innate immune response, particularly, interferons and other inflammatory cytokines.

HBV was considered a stealth virus that induces negligible innate immune responses during the early phase of infection. However, recent studies with newly developed experimental systems revealed that the virus infection can be recognized, at least under selected conditions, by pattern recognition receptors, and elicits a cytokine response that controls the replication of the virus. In addition, it has also been shown that the functional status of intrahepatic innate immunity determines the activation and maturation of HBV-specific adaptive immune response and thus the outcomes of HBV infection. Encouragingly, pharmacological activation of intrahepatic innate immune response with TLR7/8/9 or STING agonists efficiently controls HBV infection in preclinical studies and thus holds great promise for the cure of chronic hepatitis B. Accordingly, our current research is to investigate under what the condition and how cGAS-STING pathway recognizes HBV infection and determine the molecular mechanism by which STING agonist-induced antiviral response controls HBV replication.

Interferons (IFN) are the primary mediators of host innate and adaptive antiviral immune responses. Taking a forward genetic approach, the laboratory has identified interferon stimulated genes (ISGs) that suppress the infection of HBV, HCV, flaviviruses and human coronaviruses during the last decade. We are now particularly interested in understanding the antiviral mechanism of three membrane-associated ISGs, viperin, tetherin and IFITMs. While viperin inhibits RNA replication of HCV and flaviviruses, tetherin and IFITMs inhibit a broad-spectrum of viruses by disrupting their egress from infected cells and entry into their host cells, respectively. Intriguingly, we also found that at least one virus, human coronavirus OC43 (HCoV-OC43), can use IFITM proteins to facilitate its entry into host cells, most likely by promoting the fusion between viral envelope and endosomal membranes. Further genetic and biochemical studies are currently under way to investigate the mechanisms by which those antiviral ISGs, particularly the IFITM proteins, modulate virus infection.

Innate host defense systems and viral infections, with an emphasis on hepatitis B viruses.

← Back to Principal Investigators