Nathaniel A. Brown, MD, a Central Bucks High School graduate, hopes to encourage more young people to become our “researchers of the future.”

The fund was conceived by Nathaniel A. Brown, MD, a 1966 graduate of Central Bucks High School, who has contributed $30,000 to get it started. 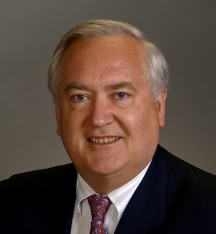 “Clearly Dr. Brown is passionate about encouraging our researchers of the future, and this is a wonderful initiative,” Dr. Block said. “The fact that Nat has placed his confidence in us to be stewards of this important work makes it all the more meaningful.”

Dr. Brown has 35 years of experience as a full-time academic Infectious Diseases physician UCLA and Cornell), and as an executive and chief medical officer with several pharmaceutical and biotechnology companies, directing clinical testing of novel antiviral medicines for deadly diseases, including hepatitis B. He is a member of the Hepatitis B Foundation’s Board of Directors and Scientific and Medical Advisors Board. The Foundation created the Blumberg Institute as its research arm 20 years ago.

The Blumberg Institute not only has numerous academic partnerships with universities in the region, it has a highly successful program for high school students in the Central Bucks School District that includes hands-on laboratory work with scientists at the Institute and PABC.

“Sunrise is a visual metaphor for what can happen in young brains when they are exposed to and excited by new experiences and new ideas,” Dr. Brown said. “The idea of a career in science can be somewhat intimidating for young people. They think they might want to be scientists, but they need to gain practical exposure beyond high school and college classes to gain a basic understanding of what “doing science” is about. Practical science exposure for interested students has been happening for some years at the Blumberg Institute and we want to expand and enhance the program.”

Dr. Brown was raised in Doylestown, along with his sister, by his mother, Joan Rich Brown. She moved with her two children to Doylestown in 1961 to become the founding executive director of the local Family Service Association, which she led for 17 years and expanded into a countywide organization.

“My mom was a well-educated social worker (Barnard BA, Smith MSW), and she was a Quaker, so my sister and I were raised with global citizenship values,” he recalls. “She was the reason I grew up wanting to help people, during whatever career I chose.”

When Dr. Brown graduated from Central Bucks High School in 1966, he enrolled in Yale University.

“I was probably a typical adolescent who, thanks to good parenting, was well-intended and wanted a purposeful life. But with no scientists or physicians in the family, I was intimidated by the notion of becoming a scientist, thinking that maybe scientific ideas were too abstruse for me and `doing science’ was probably difficult and dryly technical.”

He “stumbled around” for two years and then left college, joining the AmeriCorps VISTA Program, which sent him to Detroit to do public service work. In his off hours, Dr. Brown found himself reading a lot about science.

“I returned to college as a motivated student, majoring in Molecular Biophysics and Biochemistry at Yale,” Dr. Brown recalled. “By that time I had two goals for my life: to help people, and to do some type of scientific research. Those goals led me to medical school  and to a career medical research, focusing on globally important viral diseases.”

One summer, he took a job as a research assistant in a lab at the Wistar Institute in Philadelphia. Dr. Brown says it was an important experience that “de-mystified laboratory work” and exposed him to the satisfactions of pursuing scientific questions through laboratory experiments.

After earning his medical doctorate from Georgetown University in 1976, Dr. Brown did his internship and residency at N.Y. Hospital-Cornell Medical Center and then a postdoctoral fellowship at the Yale University School of Medicine. 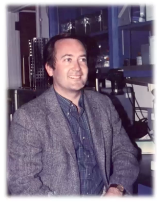 Dr. Brown became involved with the Hepatitis B Foundation about 25 years ago when he was Head of the Hepatitis Section at BurroughsWellcome Company (later GlaxoWellcome, now GlaxoSmithKline), where he directed the global clinical trial testing of the first direct antiviral medicine for hepatitis B (lamivudine). He helped Dr. Block and his wife Joan, who retired two years ago from her role as executive director, obtain the Foundation’s first corporate grant.

About the Baruch S. Blumberg Institute

An independent, nonprofit research organization, the Blumberg Institute was launched in 2003 by the Hepatitis B Foundation to advance its research mission. Today, the Institute is one of the nation’s leading centers for translational research, particularly for hepatitis B and liver cancer. The Institute supports drug discovery, biomarker discovery and translational biotechnology around common research themes such as chronic hepatitis, liver disease and liver cancer in an environment conducive to interaction, collaboration and focus. The Blumberg Institute is located in the Pennsylvania Biotechnology Center, which it manages, near Doylestown, Pa. For more, go to www.blumberginstitute.org and follow us on Twitter @BlumbergInstit1.